What’s more difficult than making a controversial decision? Admitting you were wrong and reversing that decision. I am amazed at the change of heart by World Vision’s leadership with this latest statement: World Vision Reverses Decision To Hire Christians in Same-Sex Marriages

When I started up with blogging again—one of the things I said I wanted to do was use my voice to speak boldly at a time in our culture when it seems easier to just speak what’s comfortable.

THAT IS EASIER SAID THAN DONE.

I wish it were as safe for Christians to speak out against controversial issues as they seem to be able to in support of them. But it’s not safe. If I were to write a post or tweet or whatever about how much I disagreed with World Vision’s decision to change their staff sexual morality policy to allow for individuals in a legal, same-sex marriage, I would be berated by both non-Christians and Christians alike. Though it would seem I am going to do it anyway. I am a woman in Christian leadership—scrutiny is in the job description.

For context, here’s what Richard Stearns, President of World Vision had to say about their decision:

“It’s easy to read a lot more into this decision than is really there. This is not an endorsement of same-sex marriage. We have decided we are not going to get into that debate,” he said. “Changing the employee conduct policy to allow someone in a same-sex marriage who is a professed believer in Jesus Christ to work for us makes our policy more consistent with our practice on other divisive issues.”

World Vision, a Christian organization with a history of strict sexual morality policies for their staff, may not see it as an endorsement of gay marriage or homosexuality in general, but to many Christians it is just that.

For my way of thinking, this new policy is certainly condoning gay marriage and I don’t see much difference between condoning and endorsing. And there’s been a major outcry in the last couple of days on both sides of the line. Those who read this announcement and immediately cancelled their sponsorship and the other side that shamed them for doing so.

World Vision made a conscious decision to change policy.

We all have free will and whether we like it not, decisions come with consequences. Good ones and bad ones. The leadership of World Vision had to know that children would be affected by their decision as a Christian organization to change their policy to adopt homosexuality and weighed the pros/cons of doing so. Or at least I hope they weighed them. I really don’t know. I am curious to hear from non-leadership staff at World Vision about their feelings on it, but that’s just me.

Where someone chooses to tithe or give their money is their decision alone. For Christians, it should be a decision that is rooted in prayer and aligning values. Most people want to support organizations that are in alignment with their values. It’s why you choose one cause or organization over another. Again, free will. However, when an organization makes a decision that seemingly alienates them and their values, you have to anticipate fallout.

The consequence of losing sponsors and these innocent children being left without support—ultimately falls on World Vision. It is that which makes me the most sad over this whole thing. There is far too much compromise when it comes to sexual morality today. Do we really need to put children in the middle of it?

Children need us. Not our policies.

“Pure and genuine religion in the sight of God the Father means caring for orphans and widows in their distress and refusing to let the world corrupt you.” James 1:27

If you sponsored a child through World Vision and have decided to withdrawal that sponsorship over this issue … I fervently pray that someone picks up where you left off and I ask that you pray with me. That child need not suffer because of the decisions of others. And there are children all around the world who are in desperate need and I challenge you to keep sponsoring… if not with World Vision… then somewhere.

I sponsor an 8-year-old girl named Uwantege from Rwanda through Compassion International and it’s the best $38 a month I can think of to spend.

Comments are not for debate for or against homosexuality as a sin. If it becomes one, I will close comments. But I welcome your feedback on the topic at hand. Thank you for your grace. 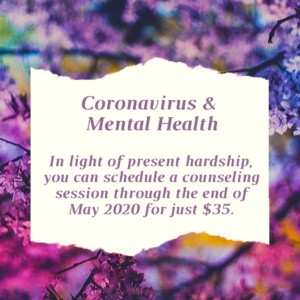